English is the main language of the site.

PRE-SALE, production will start in October and shipments will begin in late November.

“A hero is characterized not only by his exceptional courage, but also by his love for a cause greater than himself, his family, his homeland or even his God. The alliance of heroism and Christianity is what gives us chivalry.”

Many hours of work and research have allowed us to narrate tales of the mythical orders of chivalry. Here we have taken on the order of Saint Lazarus, whose history entwines with legend.

We imagined this print as a triptych that recounts multiple stories in palimpsest of the hospitable and military order of Saint Lazarus in Jerusalem.

At the bottom of the scene we see the front gates of the Tower of David in Jerusalem, where the first hospital of Saint Lazarus was built and stood for centuries. In front of the gates, several Melkite monks are caring for a group of lepers. These men had been rejected from society out of fear of their seemingly incurable disease. Saint Lazarus stepped in to alleviate their suffering. This institution fittingly bears the name of the famous saint who died in the plague and was brought back from the dead by Christ.

A fierce battle takes place at the center of the composition. Jerusalem burns as the Knights of Saint Lazarus and the troops of an Emir fight courageously. The Order lost many knights during these battles throughout the crusades, but this never kept them from losing faith in their cause.

Several masters of the order keep watch from above. From left to right: Brother Gérard, founder of the order in the 12th century; François de Bourbon, Count of Saint-Pol, Commander of Boigny in the 16th century; Michel de Seure, Grand Master of the Order in the 16th century; Gregorios II Youssef Sayour, Greek-Melkite Patriarch, General Administrator of the Order in the 19th century; and Louis XVIII, Grand Master of the Order and King of France during the restoration. Gathered beneath them are Knights, priests, Melkite patriarchs and even a future king of France, all illustrating the different historical periods that the order went through. Suspended in timelessness, the characters depicted here can now come together to tell the tales of their adventures, toast to their successes and pay homage to the fallen.

An ancient order: the story of the Order of Saint Lazarus of Jerusalem

Atavis and Armis, meaning “by our ancestors and by arms,” is the motto of the order of Saint Lazarus. Legend has it that the order is as old as Christianity itself. Storytellers have described that the order was founded in the first century AD by early Melkite Christian monks to care for lepers. The order became military during the Crusades and fought alongside its Templar Brothers and the order of Saint John. Many knights perished heroically in battle, diminishing the order to almost nothing.

Impressed nonetheless by their military feats, Louis VII gave the order’s chiefs and superiors access to his castle in Boigny in 1154. It still stands today as the Commandery of the order. Saint Lazare then took charge of all the hospitals in the kingdom. The order left the Holy Lands in the 13th century after the failure of the later Crusades, and the charity opened its doors to European courts for the acquisition of land and other legal privileges. During the centuries that followed, Saint Lazarus underwent changes and merged with the order of Mount Carmel. It continued to cater to the remaining leper colonies. At the king's request, knights of the order were sent in armed frigates to fight the Barbary pirates. Maintaining a closer relationship to the King of France than to the Pope, the order continued to develop in France until the revolution, at which time chivalric orders were dissolved. The order survived nevertheless in the East under the protection of the Greek-Melkite patriarchs before eventually expanding to a worldwide charitable organization.

Throughout its history, the order of Saint Lazarus had many prestigious members, such as Louis de France, Duke of Berry (the future Louis XVI) as well as the Duke’s younger brother, the Count of Provence (aka the future Louis XVIII). Even today, the order continues its work throughout the world, their main goals being charitable works and the preservation of chivalrous ideals and Christian traditions. The order is currently led by the Spanish House of Bourbon.

Much of the order's archives have been destroyed over the course of time. There are only a few iconographic sources left on which to base our work. This project is therefore the result of a great deal of iconographic research. We scoured museums, archives and the work of researchers such as David Nicolle in order to accurately represent the Knights of Saint Lazarus. Based on academic documentation, the project is nonetheless an original and contemporary creation. The goal of this engraving was to give a face to the members of Saint Lazarus.

A portion of the funds collected will be donated to the Commandery of Franche-Comté de Saint Lazare. Much more than a simple echo of the past, Saint Lazarus is currently a humanitarian association present on all continents. In addition to preserving its chivalrous heritage, this association has been helping the needy for centuries. The money raised will allow the Franche-Comté Commandery to continue its charitable projects both locally and internationally. 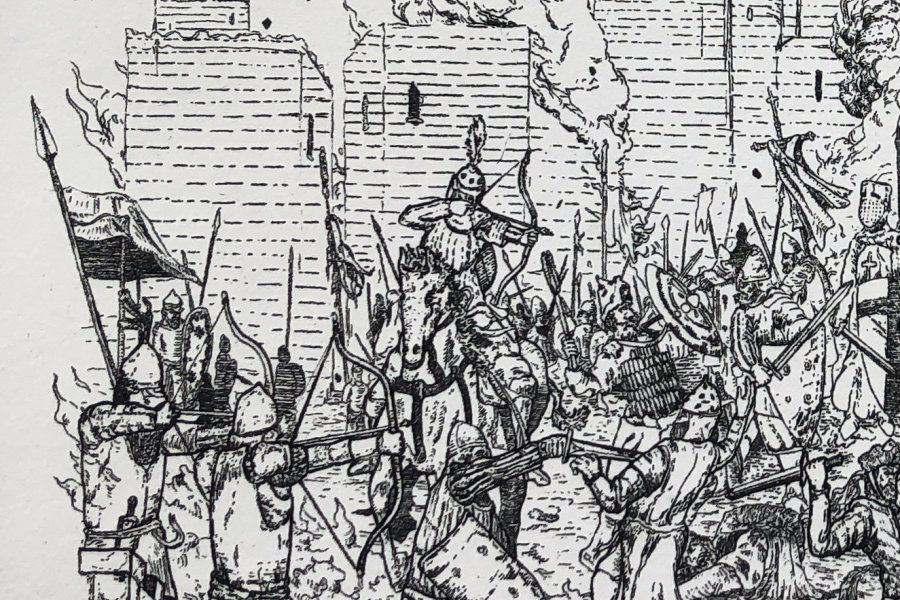 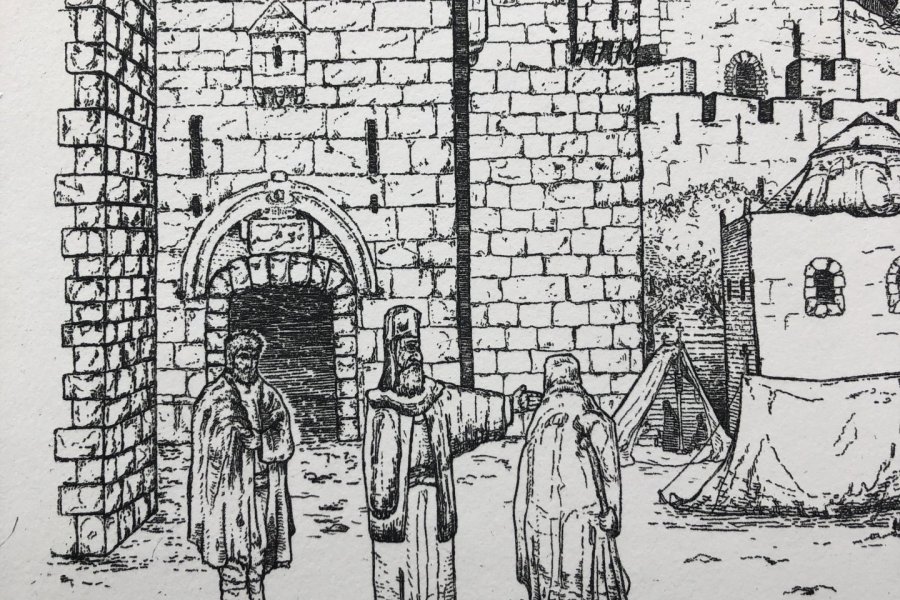 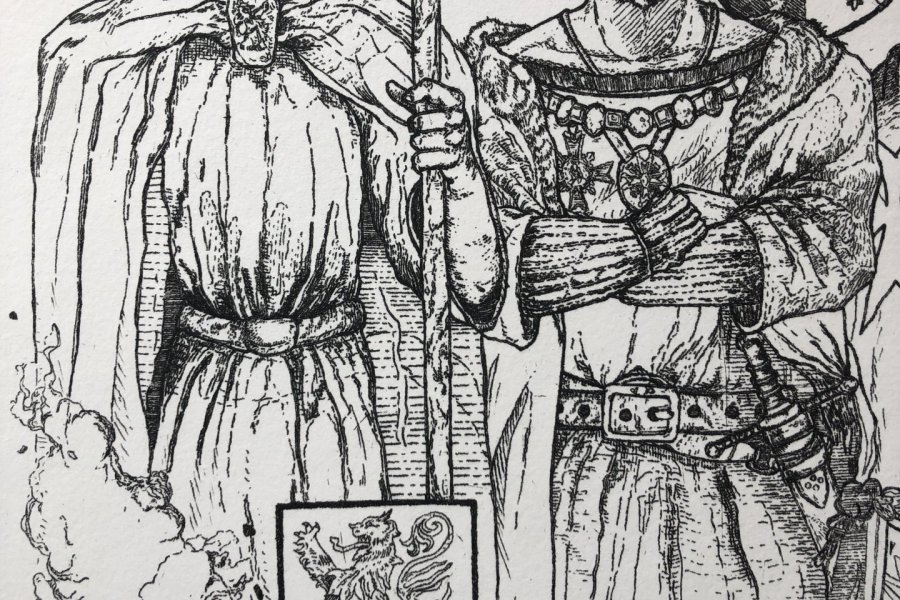 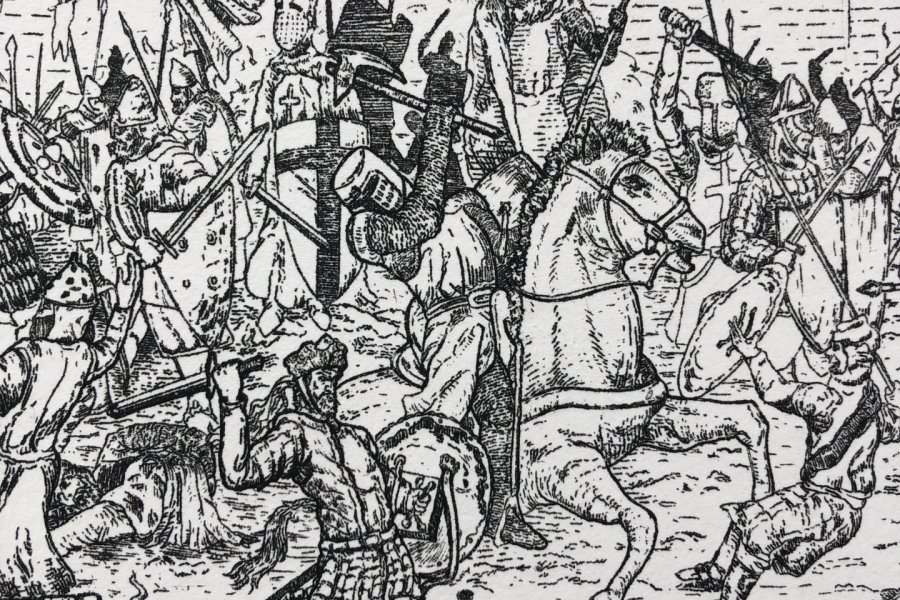 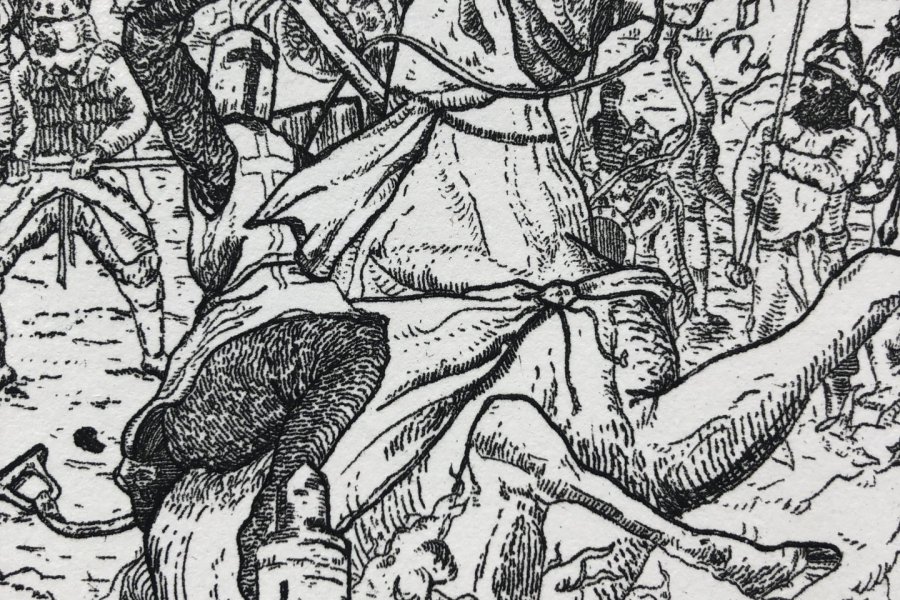 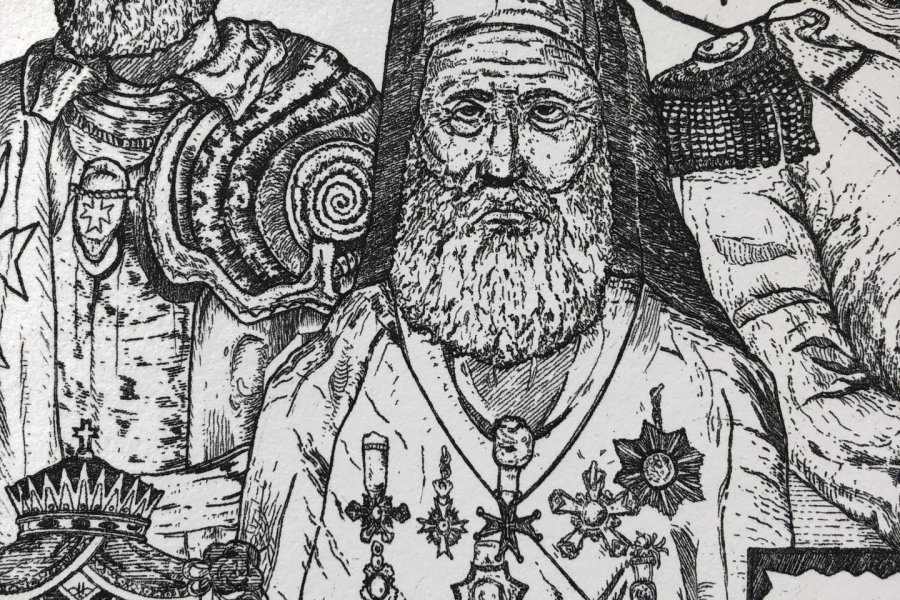